Under the Grey Cloud 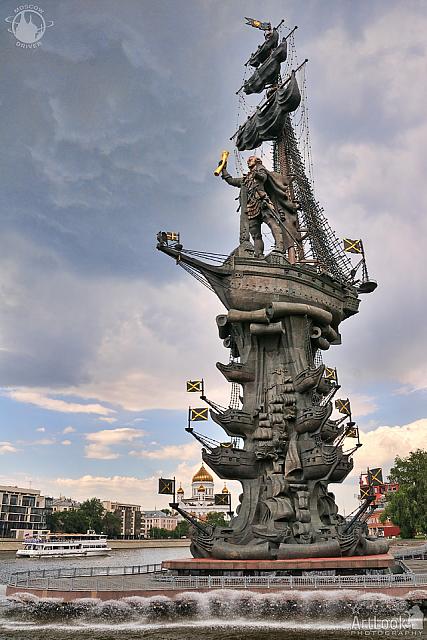 «Under the Grey Cloud»

View of the monument to Peter the Great covered with a grey cloud from Krymskaya (Crimean) embankment. The impressive 98m (328ft) high monument from steel and bronze was erected not far from Moscow Kremlin in 1997 to commemorate the 300th anniversary of the Russian Navy founded by the famous Russian tsar, Peter I (The Great). The monument is one of the tallest statues in the world.