In the Tunnel of a Thousand Lights on Nikolskaya Street 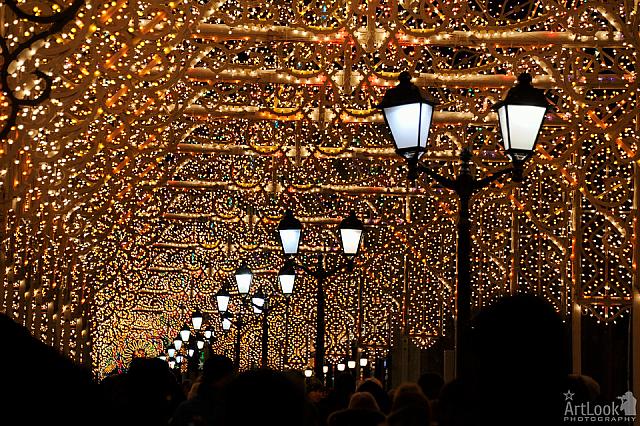 «In the Tunnel of a Thousand Lights on Nikolskaya Street»

Zoom-in of illuminated gates decorated with thousands of lights for the New Year and Christmas holidays 2015-2016 on Nikolskaya Street, creating the effect of a tunnel of light that leads to the GUM and Red Square.

Monument to Conquerors of Space

One of the majestic monuments of the XX century named "To Conquerors of Space" was erected on Prospect Mira (Avenue of Peace) near metro station VDNKh in November 1964. The design of the 107-meter monument, that shows the rocket rushing into the sky over capital and leaving a silvery trail, was created by sculptor A.