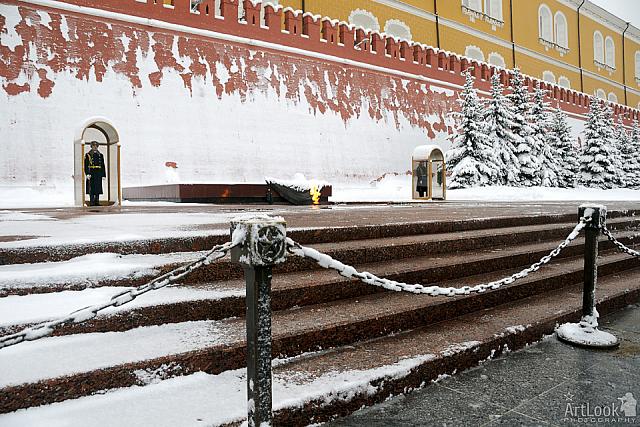 «Tomb of Unknown Soldier after Heavy Snowfall»
In hot summer or cold winter the soldiers of President Regiment stand on guard at the Tomb of Unknown Soldier, the main war memorial dedicated to more than 10 million of Soviet Soldiers perished during the Great Patriotic War 1941-1945. The memorial was officially opened to the public at Kremlin wall in Alexander garden during celebrations of 22th anniversary of the Great Victory on May 08, 1967.
Next Previous 59 of 78

Suzdal at Twilight – Panorama of Kremlin and Kamenka River

Beautiful evening view from Ivan Hill on the river Kamenka and the kremlin of Suzdal. The kremlin is surrounded by earthen ramparts, the part of fortifications of the fortress that remain to the present day. Behind the rampart raises architectural ensemble of Suzdal kremlin with sixteenth- and seventeenth-century buildings gathered in a compact group with wooden church of St.