Model of the Intercession Cathedral

Tweet
Photo Gallery From Russia with Love Love St. Basil’s!
Next Previous 12 of 12 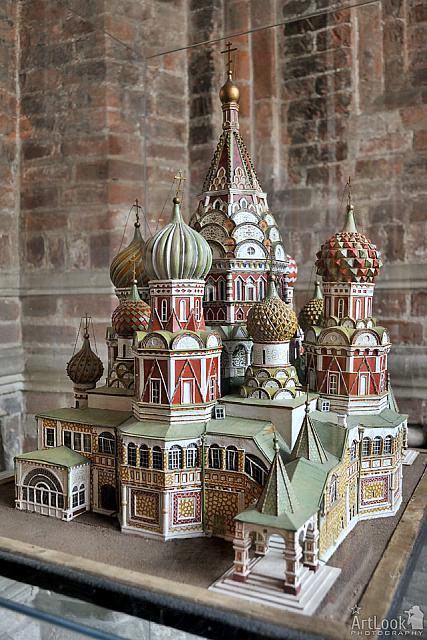 «Model of the Intercession Cathedral»

Model of the Intercession Cathedral on the Moat, well-known since the 19th century as St. Basil's Cathedral. You can see within its walls in one of the displays of the world-famous church that now operates as a museum in the present day. The magnificent cathedral was built at Red Square in 1555-1561 under orders of Ivan IV The Terrible, with the blessing of Metropolitan Macarius in honor of the Russian conquest of Kazan and the Kazan Khanate in 1552. The full and final defeat of Tatar troops on their home turf was an inspiration to all Russian people.

Photo #035 taken on September 20, 2011 during tour of St. Basil's Cathedral with my Dear client from USA, Brooks Szolyga.

Since old times, in Russia, it was a tradition to bury dead closer to God, near churches and convents. From 16th century the cemetery of Novodevichy convent became the place where royal families, clergy and noble grandees were buried. In 1898 a new territory of cemetery was formed behind the south wall of the convent.