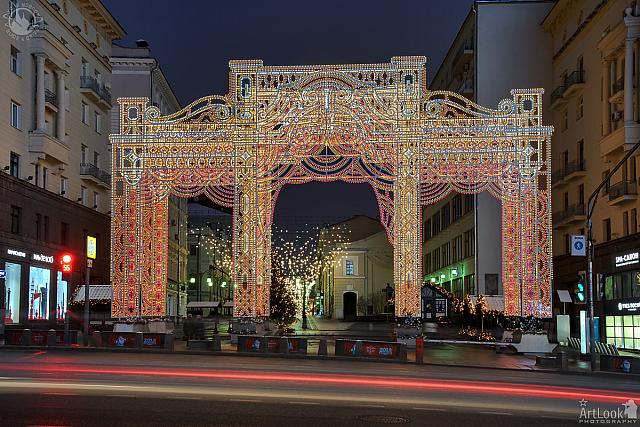 Early morning view on 25-meter light installation on the side of Tverskaya street at the beginning of pedestrian Kamergersky passage in the historical center of Moscow city, not far from Red Square and Kremlin.

The new 2018 year is announced as the Year of the Theater in Russia, and the light arch was designed according to theatrical stylistics: it resembles a building of the Moscow Art Theatre named after Chekhov located on the passage nearby. The light installation also decorated with garlands in the form of a rich curtain.

The main and central cathedral of Kashin town in Tver region had been reconstructed and ruined several times during its long historical background. It was built from wood in late 14th century on a highest hill, in protected area of local Kremlin. In middle of 16th century the Resurrection church was rebuilt from stone on money commissioned from Prince Yury of Dmitrov, but almost in two hundred years it was suffered from a great fire that happened here in 1761.