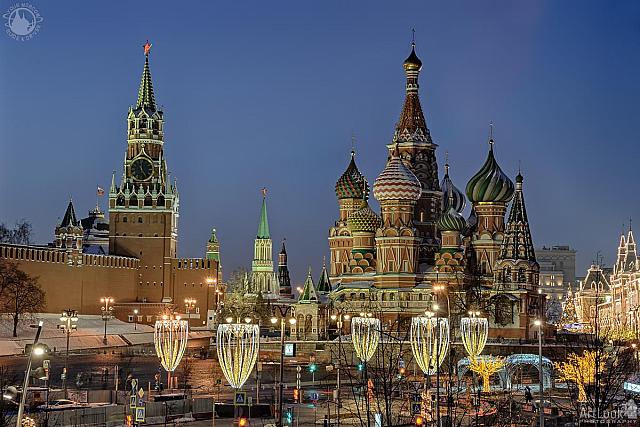 Beautiful twilight view from Zaryadye park on the main Moscow attractions, Spasskaya (Savior’s) Tower of Moscow Kremlin (Kremlin Clock Tower) and St. Basil’s Cathedral framed with festively decorated street lamps for winter holidays. Illuminated with thousands of bulbs the building of GUM, the main shopping mall of the country at the Red Square, is in the background of the picture at the right side.