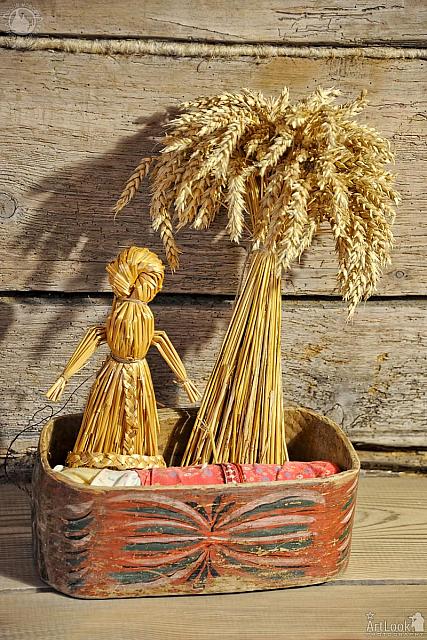 Figures of handwoven doll and sheaf from rye straw and ears in a birch bark box at the timber wall of a living room in the house of “Well-To-Do” peasant family in the museum of Wooden Architecture and Peasants Life in Suzdal.

Many centuries ago, in the pagan Rus (Russia), it was believed that such faceless figurines made of straw served as amulet helping to solve family problems, to restore health through the transfer of diseases to the figurine and its further burning. In addition, the figures were made faceless for evil ghosts not to be able to install themselves in the dolls.

Photo #152 taken on December 24, 2018 in Suzdal during long-distance countryside tour to the cities of Golden Ring of Russia with my dear clients from Hong Kong, Esther and Ricky.