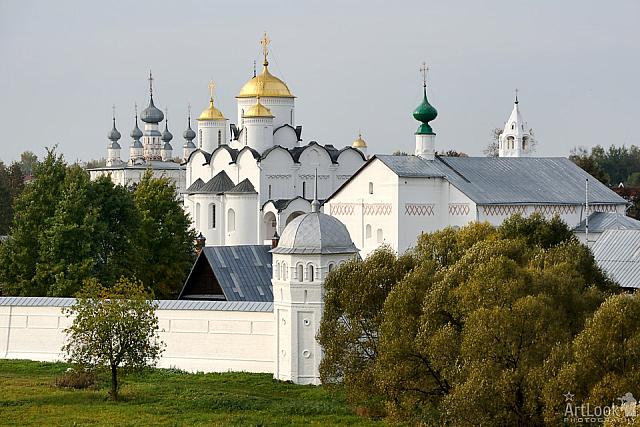 Zoomed in view of the beautiful white towers, walls and churches with onion domes of Pokrovsky convent in the distance, shot from a high hill at Kamenka river, from a place where stands the largest of Suzdal's many monasteries, the St. Euthymius Monastery of Our Savior.

Photo #014 taken on September 24, 2014 during long distance countryside tour of Suzdal and other towns of the Golden Ring of Russia with my Dear clients from Australia, Paul O'Tool, Bill and Robine. 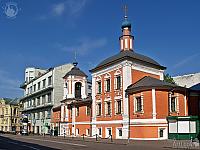 Very nice baroque style church of St. Nicholas in Klenniky was originally built in 1657. In present days the modest single-domed church literally squashed between neighboring buildings at the beginning of Maroseyka street and it is one of the oldest buildings located in the ancient district of Moscow city called Kitai-Gorod.