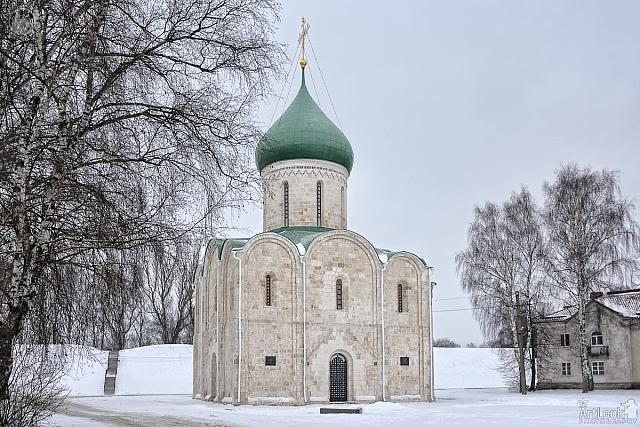 Angle view from a side of Red Square, the historical center of Pereslavl-Zalessky, on the Cathedral of the Transfiguration of the Christ framed by birch trees in the winter season. It is the oldest cathedral of pre-Mongol Rus (Old Russia), the great white-stone monument of Russian architecture, that survived to present time without significant damage. The Christ Transfiguration church was built in limestone between 1152 and 1157 years.

Photo #151 taken on February 11, 2020 in Pereslavl-Zalessky during long-distance countryside tour to the cities of Golden Ring of Russia with my Dear clients from Mexico, Xavier and Antonio.

Lunokhod 1 (Eng: Moon Walker) was the first of two unmanned lunar rovers landed on the Moon by the Soviet Union as part of its Lunokhod program. The spacecraft which carried Lunokhod-1 was named Luna 17 (Moon 17). Lunokhod was the first roving remote-controlled robot to land on another celestial body.