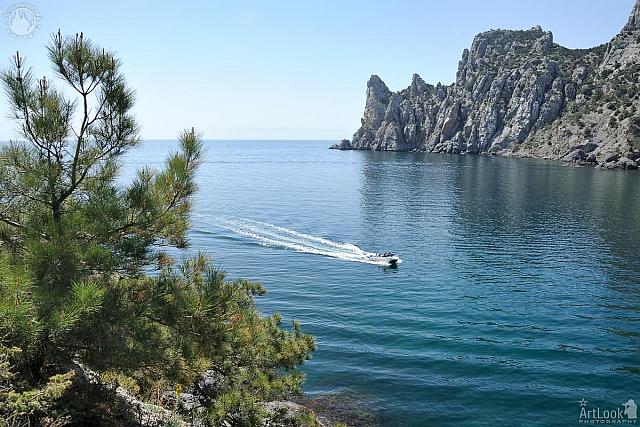 View of a boat with tourists entering Tsar’s Bay (Tsarskaya Buhta) in Novy Svet (New World), Suzdak district in Crimea. The sharp teeth of the cliffs of the mount Karaul-Oba (Tatar: Qaravul Oba, Russian: Karaulnaya) are in the background of the picture. This ancient 341-meter-high coral reef of the Jurassic period (341 m.) has rather a complicated specific structure: plateau-like area with rock walls, crevices, ridges, stone labyrinths are replaced by deep long saddles. The rocky ledges of Karaul-Oba massif is a State complex natural monument and reckoned among many unique natural wonders of Sudak’s surroundings.

The new Russian infantry fighting vehicle “Armata” drive on Tverskaya street passing Triumphal Square with monument to Soviet poet Mayakovsky in background. In couple of hours it will participate in the second evening rehearsal for a May 9 Victory Parade 2015 dedicated to the 70th anniversary of Great Victory over Nazi Germany.