On the Grounds of Moscow Kremlin 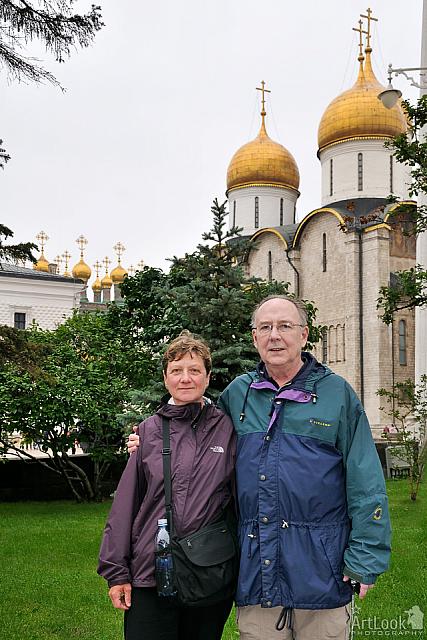 «On the Grounds of Moscow Kremlin»

Memory photo of my Dear clients from USA, Fred and Barbara Murphy, in background of Assumption Cathedral, during tour of Moscow Kremlin on a summer cloudy day and even small showers couldn't spoil our sighseeing of the great architectural ensemble of the Moscow's stronghold. The impressive cathedral was built at the end of 15th century by design and supervision of Italian architects and used for coronations of all Russian Tsars and Tsarinas up to Nicholas II (1896).

On the way from Borodino Museum and Nature Preserve

Leaving parking area of Borodino Museum and Nature Preserve and taking a road to Moscow city. It is the area of the oldest of Russia's museums, founded on a historical battleground. It became famous following the largest battle in the Patriotic War of 1812 that happened on August 26 (September 7) at Borodino village, 125 km West from Moscow city.