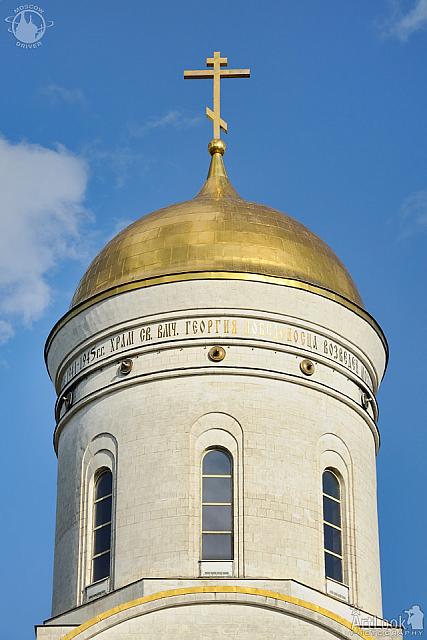 The top of the one-domed Church of Saint George the Victorious on Poklonnaya Hill in Victory Park. It consists of the cylindrical drum with narrow windows upholding the helmet-shape gilded dome topped with an Orthodox Christian cross. The church was built in the Neo-Russian style of architecture in 1995 to mark the 50th anniversary of the Great Victory of Soviet Union in the Great Patriotic War 1941-1945. The memorial inscription in the Russian language is written in golden letters on the top of the drum, just under the dome's base.

The Helmet-shaped cupolas were typical for Orthodox cathedrals built in pre-Mongolian times (before the 13th century).

Photo #020 taken on September 14, 2017 during city tour with my dear clients from South Africa.