Landscape at Auvers after Rain (1890) 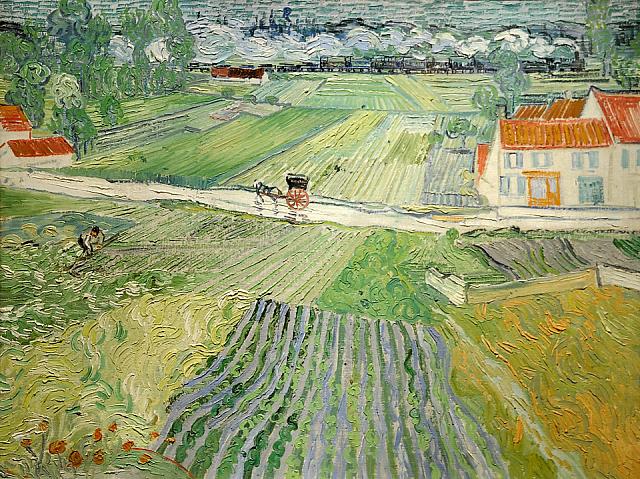 «Landscape at Auvers after Rain (1890)»
Another title of the painting: “Landscape with Carriage and Train”. By Vincent Van Gogh (1853-1890), Holland / Oil on canvas Van Gogh lived at Auvers only for two months. Shortly before his death he painted on a horizontal canvas a golden field, with a narrow strip of the sky over it rendered in dark blue< intolerably blue. A flock of crows whirled over the field getting lower and lower; and bringing a sense of an imminent disaster. The road running across the field receded into the distance. Van Gogh went away by one of such roads, in despair of forthcoming new attack of his mental trouble. He shot himself and died at Auvers two days later, on July 29, 1890, in the arms of Dr. Gachet. Tour: Gallery of 19th and 20th-Century European and American Art (section of the Pushkin State Museum of Fine Arts).
Next Previous 17 of 22

The Theater square with a lit up New Year tree in front of the one of the most famous theaters in Russia and the whole World - Bolshoi Theater.