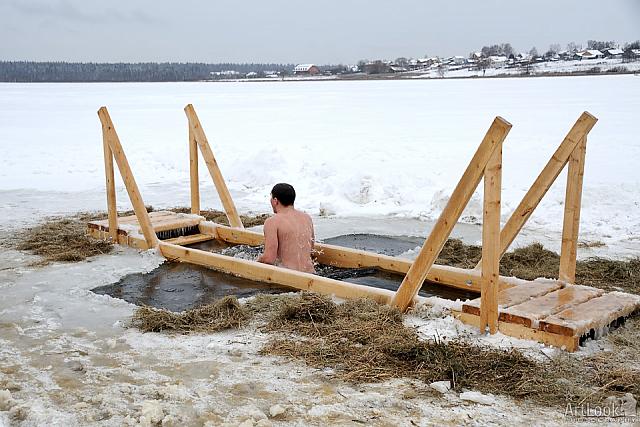 A young man plunge in an ice hole in a frozen lake Krugloe in Moscow region (25km North-West from Moscow city) to celebrate Russian Orthodox Epiphany on January 19, 2016.

On the day of Epiphany, thousands of Russians bath in the frozen rivers, lakes or ponds to commemorate the baptism of Jesus Christ in the Jordan river, which occurred on 19 January according to Julian calendar. Orthodox Christians believe that icy-cold water is holy for the day. Traditionally very cold weather with frosts occurs in this period. The bathing spots are normally prepared in a special way: cross-shaped holes are made in the ice and wooden stairs are fixed to make it more comfortable for the believers to go through the ritual.