Fireworks Above the Savior Tower of Moscow Kremlin 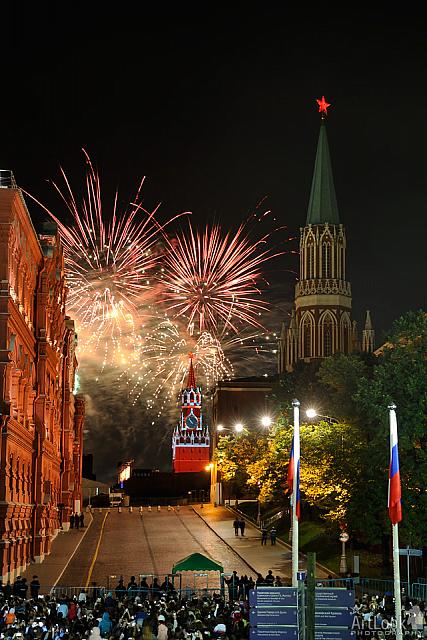 «Fireworks Above the Savior Tower of Moscow Kremlin»

On September 5th, 2015 at 22:40, a spectacular array of fireworks lit up the sky above the Spasskaya (Savior) Tower of the Moscow Kremlin. The display was a fitting end to the Annual International Military Music Festival held in Red Square, and where this year, Russia’s capital celebrated its 868th anniversary.

Thousands of people flocked to the city centre to watch concerts performed by many famous bands (including Aerosmith). Red Square was cordoned off to everyone except those who had invitations for the military show, so hundreds of people who did not have tickets/passes gathered on the Manezhnaya Square near the State Historical museum (the red brick building at the left of this photo) to watch the colourful fireworks display over the famous Red Square.

Moscow - The Best City in the World!

Moscow - The Best City in the World!

Beautiful Moscow cityscapes in winter season during or after heavy snowfalls.