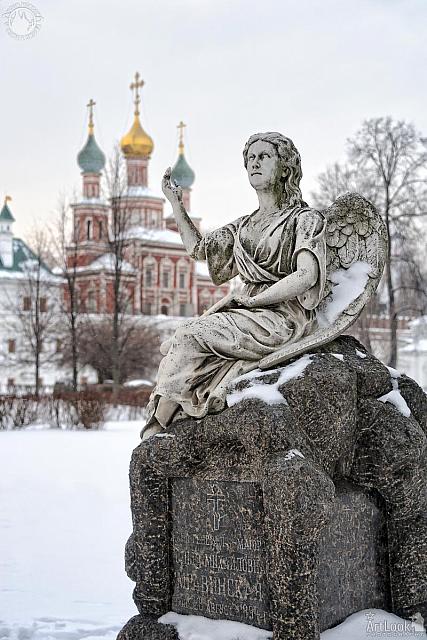 The grave of Olga Mravinskaya (1844-1894), the wife of major general Mravinsky, topped with a statue of an angel made from white marble covered snow in winter season on the grounds of Novodevichy convent. Red and white Intersession church topped with golden and green onion-shaped domes built over Southern Gates of the monastery in 1683-1688 is in the background of the picture.

The grand five-domed cathedral of Assumption (Dormition) of Our Lady was built in brick on money commissioned by Ivan IV The Terrible on the grounds of Holy Trinity St. Sergius Lavra (Monastery) in Sergiev Posad in 1559-1585. The magnificent church, that was erected to commemorate successful military campaign of the first Russian Tsar against Tatars and taken Kazan-Khanate.