Peter the Great Monument Under Clouds in Winter Twilight 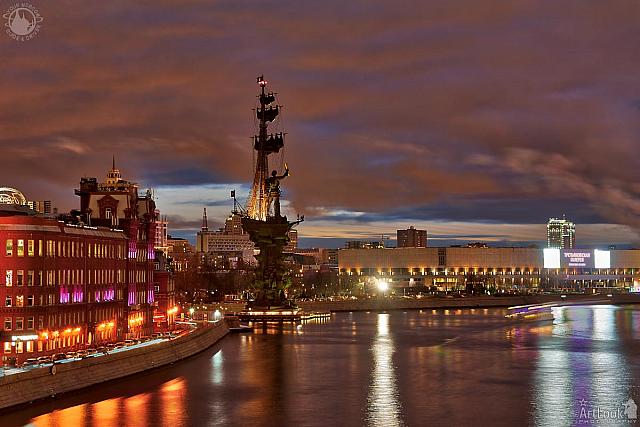 Moscow night cityscape with the view from Patriarchy Bridge on the tall monument to Peter the Great on a ship that looks like sailing on the river Moskva (Moscow) under grey clouds in winter twilight. The 98-metre-high (322 ft) monument to Peter the Great made from steel and bronze was unveiled in 1997 at the western confluence of the Moskva River and the Vodootvodny (Drainage) Canal to commemorate 300 years of the Russian Navy, which the Russian Tsar established. The monument designed by sculptor Zurab Tsereteli is the eighth tallest statue in the world.

With Background of Russian Jerusalem

Allen and Leann Almquist from USA