Visual Domino Effect with SKS Rifles in a Line 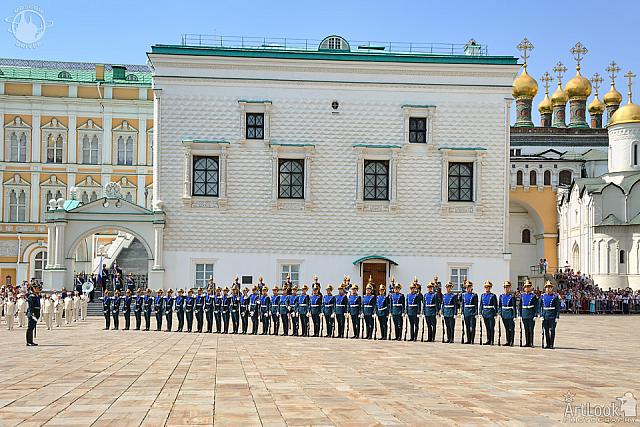 «Visual Domino Effect with SKS Rifles in a Line»

Infantry of Kremlin Regiment performs a visual domino effect with SKS rifles (Soviet semi-automatic carbine designed in 1943 by Sergei Gavrilovich Simonov) in a line on Cathedral Square during the fascinating ceremonial changing of the foot and cavalry guards of the Presidential Regiment in Moscow Kremlin at Saturday noon. Uniforms of the foot guards are similar to the uniforms of the Imperial Guard regiments from the time of Tsar Nicholas II. The President's band in white uniform accompanies the fascinating military parade on the main square of Moscow Kremlin at the left.

Photo #093 taken on July 16, 2016 during tour of Moscow Kremlin with my dear clients from USA, Andrew and Karen Green.