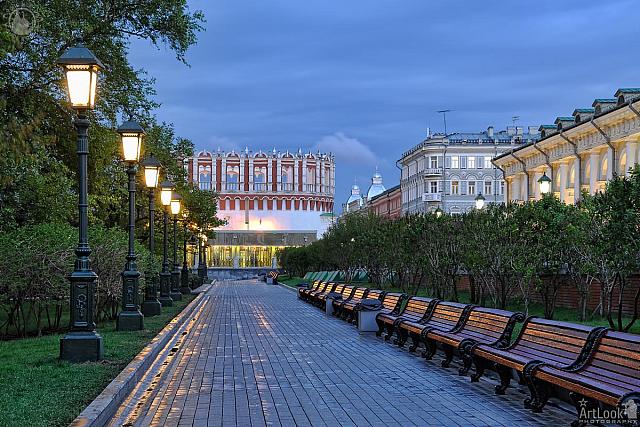 Illuminated by old-style streetlights, the beautiful alley in Alexander Garden with wooden benches on the way to Kutafya Tower of Moscow Kremlin in early morning twilight in a spring season.

New 152mm Self-Propelled Howitzers "Koalitsiya-SV" move along Tverskaya Street ahead of a Victory Day Parade rehearsal in Moscow's Red Square for a May 9 Victory Parade 2015 dedicated to the 70th anniversary of Great Victory over Nazi Germany. A Koalitsiya-SV prototype, mounted on a modified T-72/90 tracked chassis, was unveiled during the Victory Day military parade in Moscow in May 2015.