Pleasure Boats at the Moscow Kremlin 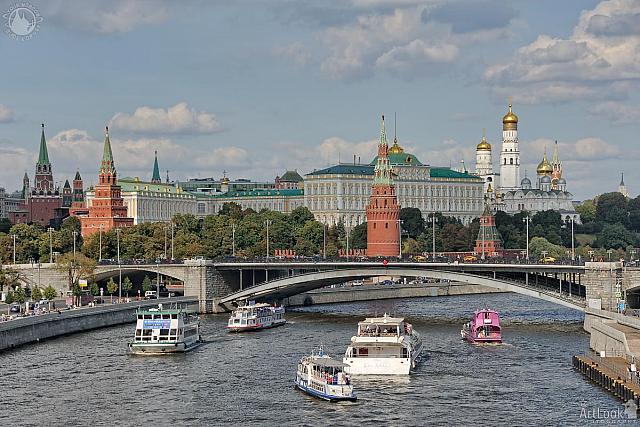 «Pleasure Boats at the Moscow Kremlin»

View from walking Patriarchy Bridge on pleasure boats floating up and down Moskva River (Moscow River) on the background of Bolshoy Kamenny Bridge (Big Stone Bridge) and Moscow Kremlin on the first day of fall.

Photo #005 taken on September 01, 2019 during Moscow city tour with my Dear clients from Australia, Warwick and Kathy Walesby.

Had been originally a fortress, a fortification to protect a town from its foundation (middle of 12th century), the kremlin of Moscow became the seat of political power in Russia. For many centuries, this was where the country was run, from its early statehood in Middle Ages to the decades of Imperial and then superpower grandeur, excluding the two hundred years when St.