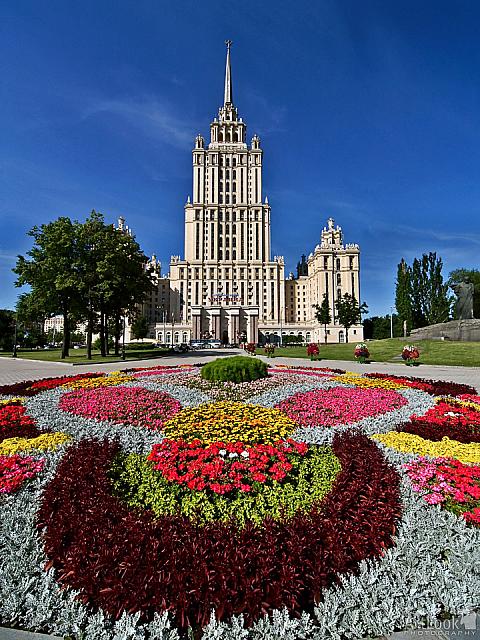 «Colorful flowers in front of hotel Ukraina (Ukraine)»
The hotel Ukraina (from 2010 Radisson Royal) is one of seven Moscow skyscrapers built by Stalin order in Moscow in 1950s. The second highest "skyscraper" was built in 1953-1957. The high-rise building is situated in the very beginning of Kutuzovsky Prospect - the Moscow line, established in the postwar period.
Next Previous 69 of 78

The Museum-Reserve "Kolomenskoye" during the Moscow International Festival "Circle of Light" has turned into a "Park of Fairy Tales" - a place where it is especially pleasant to come with the whole family and plunge into the magical world of light illusions and adventures.