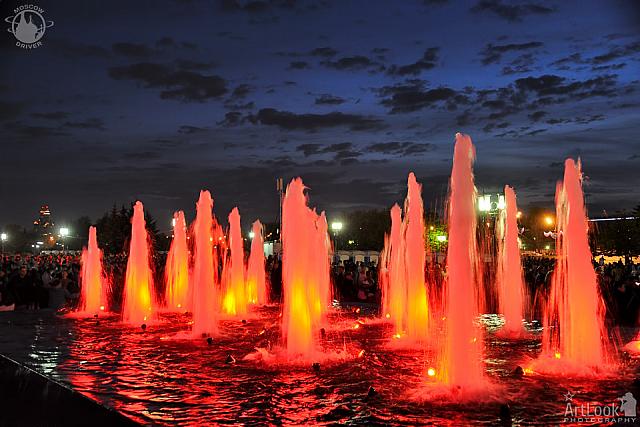 Impressive water fountains illuminated with red spotlights during dusk in Victory Park on Poklonnaya Hill (Low Baw Hill), before beginning fireworks on evening May 9th, the Day of the Great Victory of Soviet Union over the Third Reich. The red lighting of the fountains symbolizes of blood spilt on the battlefronts in the Great Patriotic War 1941-1945.

Photo #469 taken on May 09, 2015 during celebrations of the 70th anniversary of Great Victory over Nazi Germany in Moscow. 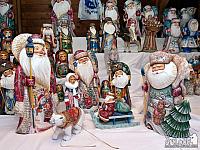