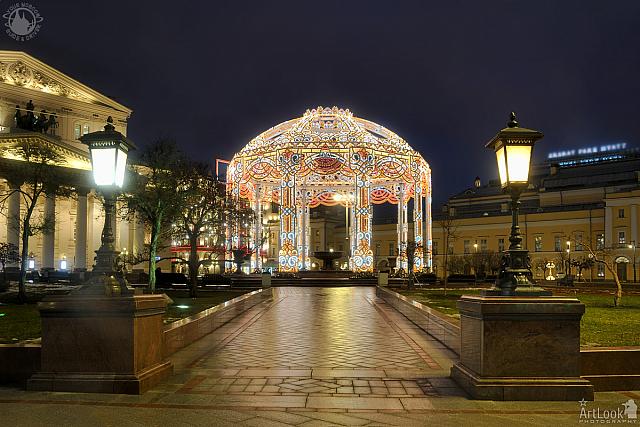 View of a huge arch illuminated by hundreds of LED lights framed with two old-style street lamps on Theater (Teatralnaya) Square in early morning twilight. The 17-meter in diameter dome of the arch covers a fountain on the square turned off in winter. The ornaments on its surface made of the bright bulbs resemble the ceiling painting of the Bolshoi Theater (at the left on the picture). 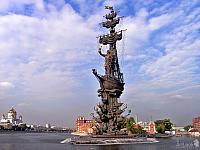 On a spit in the Moskva-Reka (Moscow-River), in the heart of the capital of Russia (a mile from Moscow Kremlin) stands one of tallest statues in the world (8th place) made from steel and bronze - the monument to Peter the Great. Nearly 98m (328ft) high statue was unveiled during the celebrations of Moscow's 850th anniversary and was dedicated to the 300th anniversary of the Russian navy (September 5th, 1997).