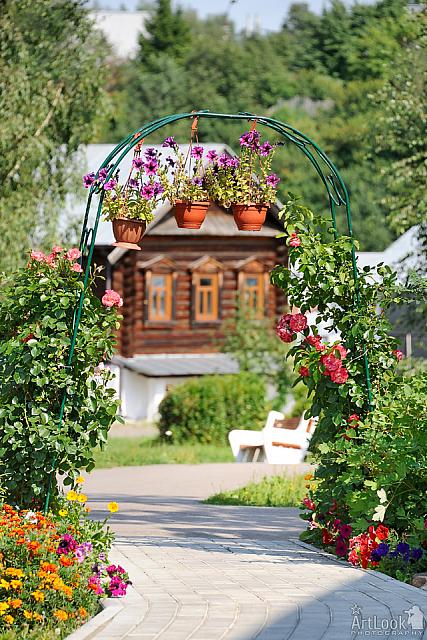 The grounds of Pokrovsky (Intercession) convent in Suzdal is very well maintained by local nuns and girls from local orphanage and decorated with many beautiful flowers in summer time. In present time they live in wooden houses, traditional Russian countryside dwelling, that were originally built in Soviet times as a part of hotel for tourists, but in 2007 were granted to the reestablished convent. The passage to these houses is closed now.

The convent took its present-day look in the 16th and 17th centuries. It became widely known as a place of life exile for those women of the aristocratic families who became victims of dynastic struggles, family conflicts or severe customs of their time.

Photo #342 taken on July 18, 2016 during two-day long distance countryside tour to Suzdal with my dear clients from USA, Andrew and Karen Green.