Reflection of the Ancient Town on the Lake Nero 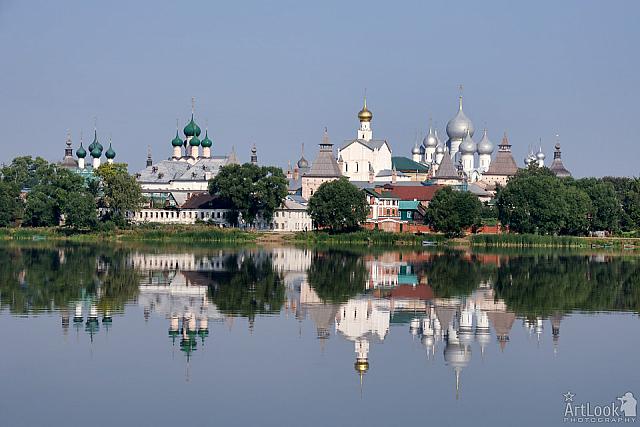 «Reflection of the Ancient Town on the Lake Nero»

Panorama of the historical center of Rostov Velikiy (The Great) from the side of the Lake Nero. The beautiful domes of Orthodox churches and curved shapes of its kremlin towers provide a fascinating view.

Rostov Velikiy is the one of the oldest towns in the country and a tourist center of the Golden Ring of Russia. It was first mentioned in “The Chronicles of Past Times” in 868 a.d. Long before the formation of Vladimir – Suzdal Principality, the city was founded on the shores of the big Lake Nero, and became a center of a big, densely populated region, the history of which was rich during the ancient times.