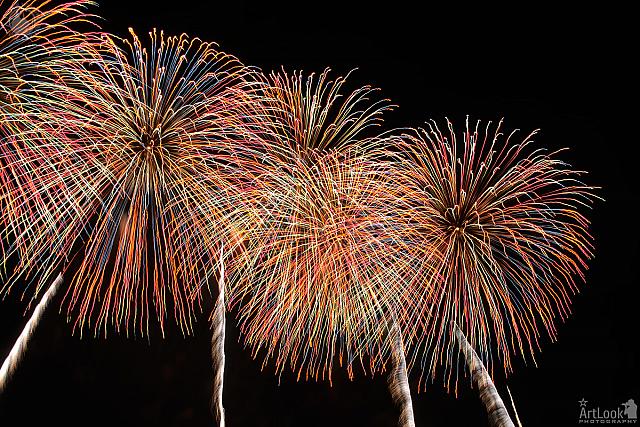 Spectacular fireworks with a great range of colors resembling rainbow colors during Japanese Hanabi fireworks show at the closing ceremony of the annual international festival Circle of Light at Moscow's Rowing Canal in Krylatskoye. The show was dedicated to the "Year of Japan in Russia".

In hot summer or cold winter the soldiers of President Regiment stand on guard at the Tomb of Unknown Soldier, the main war memorial dedicated to more than 10 million of Soviet Soldiers perished during the Great Patriotic War 1941-1945. The memorial was officially opened to the public at Kremlin wall in Alexander garden during celebrations of 22th anniversary of the Great Victory on May 08, 1967.