The Museum of the Black Sea Navy 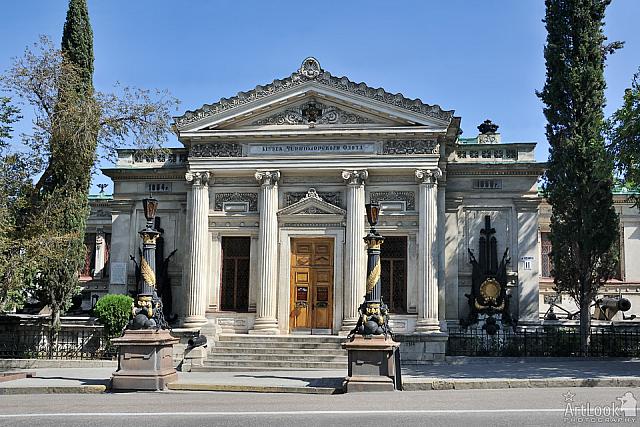 «The Museum of the Black Sea Navy»

In 1869 the idea of museum's creation came to the participants of the heroic defense of Sevastopol during 1854-1855, who wanted to immortalize the memory of the fearless soldiers-defenders. When they issued a call for collection of the exhibits for the museum, not only residents of Sevastopol, but also of other cities of the huge Russian Empire answered it. Priceless relicts that remained since the first siege of the town were sent to Sevastopol from different corners of the country.

In 1895 the museum's unique collection, formerly located in the house of General Eduard Totbelen - one of the leaders of the defense of Sevastopol - moved to the building specially constructed for it (In present days adress Lenina street 11, right the opposite to the Monument to Catherine the Great). Today this building is the monument of architecture, one of the most beautiful buildings in the town. It is carried out in the best traditions of the ancient Greek style - strict and elegant. Side facades are decorated with cast-iron figures, embodying stern parts of ancient ships; cannons draped with bronze banners are installed near them. The so called emblem of Sevastopol - the number 349, meaning the number of days of the defense, and the cross - stands conspicuously on the buildings pediment.

From 10th until 18th of August 2013 the Luzhniki Olympic Stadium hosts the 14th World Athletics Championships in Moscow. The city hosted the 1980 Summer Olympics and the 2006 IAAF World Indoor Championships.