Glory to Defenders of Moscow! 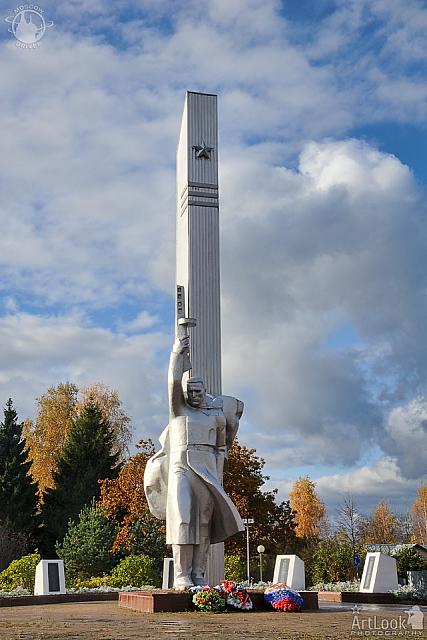 «Glory to Defenders of Moscow!»
Buy this Photo

The monument "To the Lost Compatriots" in village Uspenskoe with bright golden autumn colors on a nice sunny day in fall.

It is the Great Patriotic War Memorial in honor of those who defended Motherland in the Battle of Moscow, the capital of Soviet Union, that took place between October 1941 and January 1942. The obelisk is located about 40 km West from the center of Moscow city, Odintsovo region, Moscow Region. It was established in 1982 and shows a statue of a soldier holding mashine gun above his head. The author of the monument is unknown.

The symbol of tsarist Russia, which has its origins in Byzantium, tops the restored column of the Romanovs in Alexander Garden near the western wall of Moscow Kremlin. The Russian imperial two-headed eagle was established as an official emblem of the state by Ivan III The Great at the end of the 15th century, and it was featured as a design motif in the regalia of the Russian Imperial Court until the fall of the monarchy in 1917.