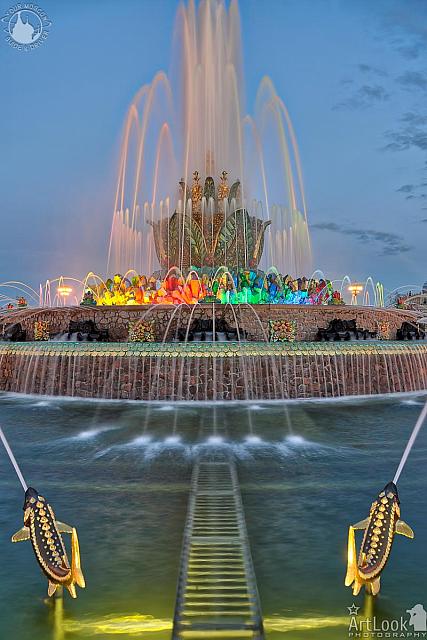 View on the restored Stone Flower fountain with gilded fishes at nice spring evening in twilight. Cleaned and polished decorations (semi-precious stones and smalt from the Ural Mountains) covering the fountain have now vivid bright colors and attract visitors. The fountain is one of the most beautiful and the biggest fountains in Russia that was originally built at VDNKh in 1954. In its water pool, Stone Flower fountain has 16 gilded sculptures of fishes spurting water from jets that perfectly works now after restoration works finished at the end of April 2019 to commemorate the 80th anniversary of foundation VDNKh park and exhibition center.

Row of the Twelve Individual Tombs Along the Kremlin Wall