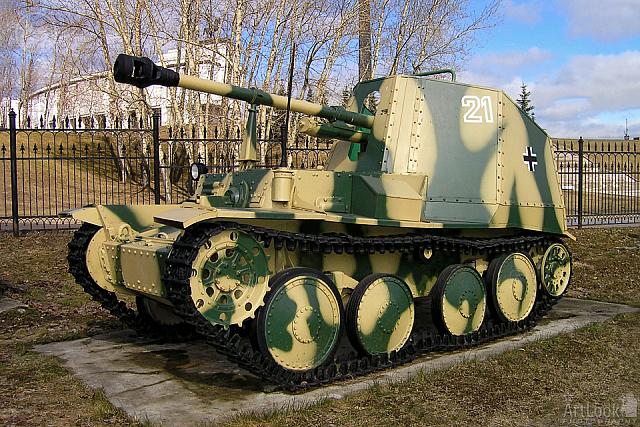 «The 75 mm 38M Marder Self-Propelled Anti-Tank Gun (Germany)»
The gun was produced on the works of the VMM firm in Prague from April 1943 to May 1944. It was created on Czechoslovakian 38(t) light tank base. Cannon had a frontal engine,. The total output was 975 guns. The 38M Marder gun was used at the Soviet-German front.
Next Previous 1 of 3

Evening view from Sofiyskaya embankment on the beautiful homestead built in 1891-1893 by the order of the famous industrialist, owner of sugar plants Pavel Ivanovich Kharitonenko (Ukrainian origin). It was designed in Renaissance and Baroque styles by the project of architect Vasily Gerasimovich Zaleski.