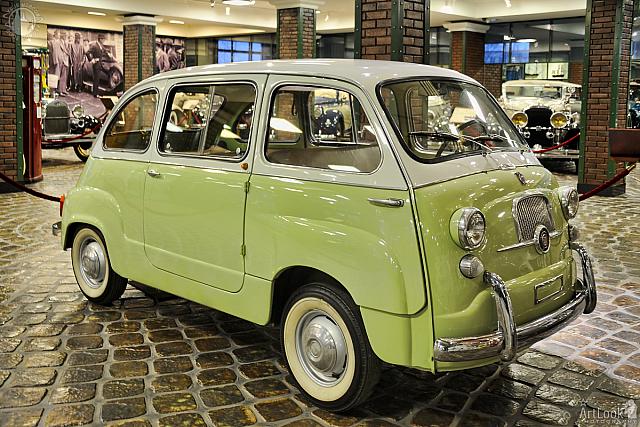 Front angle view of the charming two-tone, light-green and cream, Italian mini-truck Fiat 600 Multipla in the first level of the building of Vadim Zadorozhny Technics Museum in Arkhangelskoye, the western suburb of Moscow.

The Fiat 600 is a rear-engined city car produced by the Italian manufacturer Fiat. The name "Multipla" means "multi-purpose" (from two words 'multi' and 'supply') and was designed both for family and commercial use. A significant peculiarity of Multipla was the option of folding one of the seat rows to transform it into a mini-truck.

The exhibit acquired by the museum collection after restoration works

The vintage vehicle is working

Photo #289 taken on January 17, 2018 during countryside tour to Arkhangelskoye Estate and Technics Museum with my dear repeat client from Belgium, Bert Nys. 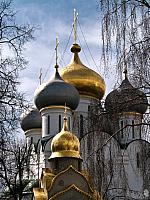