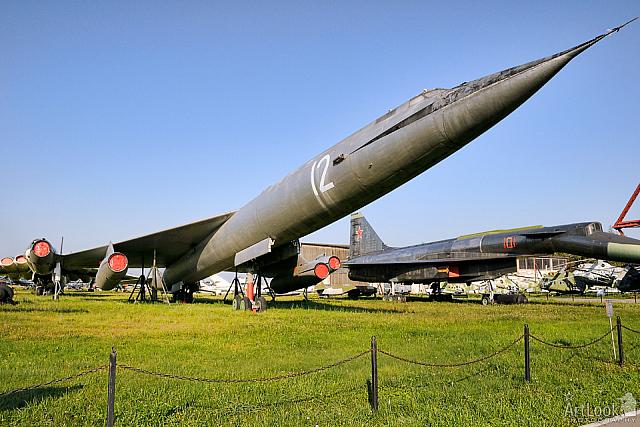 The Myasishchev M-50 "Bounder" was a highly advanced design for a large, supersonic intercontinental bomber which never attained service. The only one prototype of the super-fast strategic bomber was constructed in Soviet Union by the Myasishchev design bureau with two engines located under the wing and two on the tips of its shoulder-mounted, truncated delta wings. From this angle it looks like super power rocket. Like most of supersonic strategic bomber projects from end of 50s – beginning of 60s, the M-50 program was terminated due to the development of the ICBMs and the priority assigned to the Soviet space program.

Photo #021 taken on September 22, 2008 during countryside tour to the Central Air Force Museum in Monino with my Dear Clients from USA, Sharon and Mike Bowles.