Logotype of Bunker-42 on Taganka 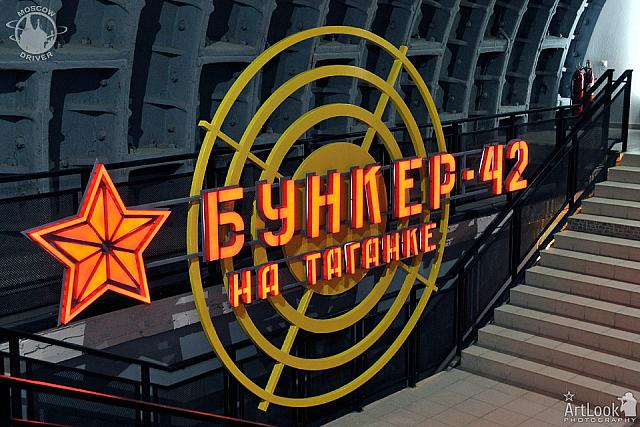 «Logotype of Bunker-42 on Taganka»
The museum of Cold War in Moscow located on Taganka has in its logotype a red star and yellow target with its name written in Russian: "Bunker-42 na Taganke". The red star was one of the main symbols of Soviet Union (USSR), the symbol of communism and socialism.
Next Previous 3 of 3

My Dear clients from India, Drkeerthi and Sangeetha Patel, on a walking tour of Suzdal with view from old ramparts on the most ancient monument of Russian architecture - the white-stone Nativity cathedral (Rozhdestvencsky Sobor). The magnificent church with big blue domes and stars was constructed inside Suzdal kremlin in 1222-1225 on the site of two even earlier temples.