Moskva City After Blizzard in Twilight 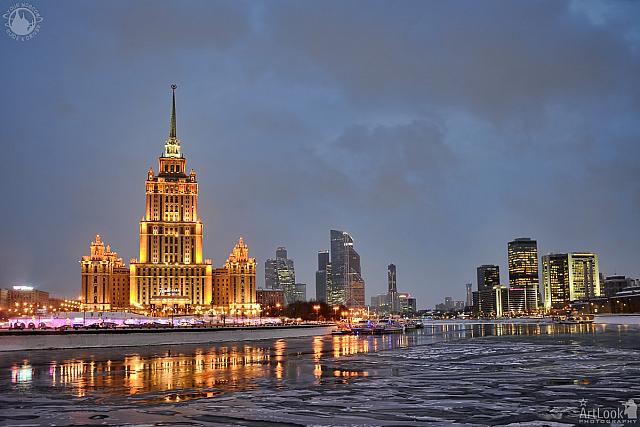 «Moskva City After Blizzard in Twilight»
Buy this Photo

Twilight view from Krasnopresnenskaya embankment on the icy Moskva River (Moscow River), the beautiful building hotel Radisson Royal (former hotel Ukraine), one of the well-known Stalinists high-rises, and skyscrapers of Moscow International Business Centre "Moskva-City" (Moscow City) behind it at the end of blizzard when snow clearing revealing a little blue sky. Illuminated at night the Stalin Gothic building makes an impressive contrast to the modern architecture. The luxury riverboats of the flotilla "Radisson Royal" are docked near the hotel at Tarasa Shevchenko embankment (few boats are icebreakers and operate all year round). The modern complex of Moscow World Trade Center founded in 1980 is at right on the picture.

Hologram of a Russian Visa