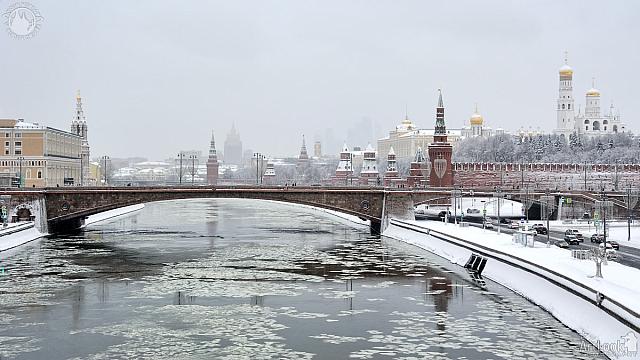 Winter cityscape of the historical center of Moscow city from floating bridge of park Zaryadye over Moskva River with the view of Bolshoy Moskvoretsky bridge and architectural ensemble of Moscow Kremlin covered snow during the blizzard of the century at the beginning of February 2018.