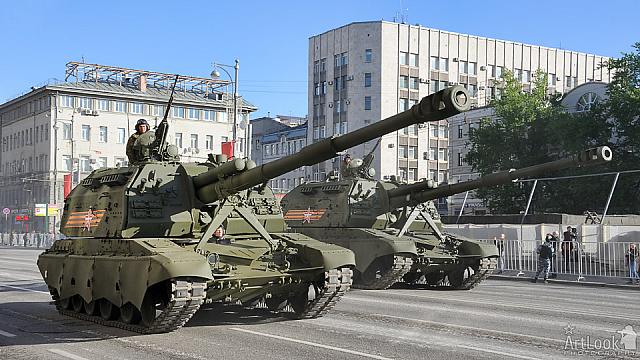 New 152mm Self-Propelled Howitzers "Koalitsiya-SV" move along Tverskaya Street ahead of a Victory Day Parade rehearsal in Moscow's Red Square for a May 9 Victory Parade 2015 dedicated to the 70th anniversary of Great Victory over Nazi Germany. A Koalitsiya-SV prototype, mounted on a modified T-72/90 tracked chassis, was unveiled during the Victory Day military parade in Moscow in May 2015.

The 2S35 Koalitsiya-SV is a successor to the 2S33 Msta-SM, an improved version of the 152mm 2S19 MSTA-S self-propelled howitzer. It can be mounted on tracked chassis such as T-72/90 tank and T-14 Armata main battle tank, as well as on 8x8 wheeled platforms. The howitzer is operated by three crew members, the driver, gunner and commander. The 55t vehicle is equipped with torsion bar suspension system with six road wheels on either side. It is powered by a diesel engine, located at the rear of the hull. The running gear includes idler in front, drive sprocket at the rear, and five track-return rollers. The speed of the vehicle is 60km/h and the operational range is 500km. 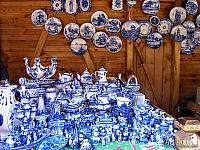