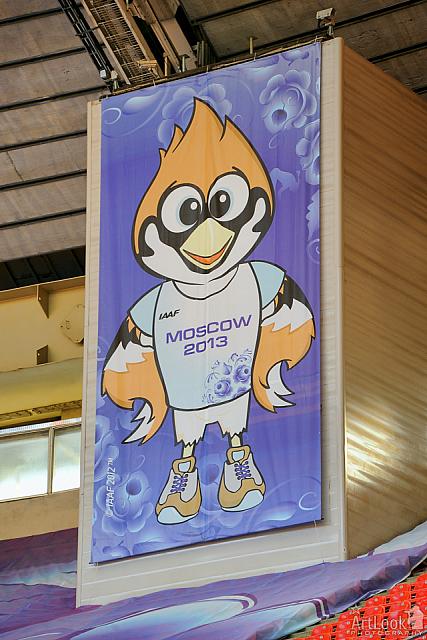 «Sparrow - Talisman of World Athletics Championship 2013 in Moscow»
Huge banners with the talisman of IAAF World Championships in Moscow 2013 hanging at Luzhniki Stadium from 10th until 18th of August 2013 while the Olympic Stadium hosts the athletics competition. A sparrow was chosen as the talisman of the World Athletics Championships in Moscow in June 2012. The bird has many athlete's qualities, it is fast, light and smart! Photo #029 taken on August 14, 2013 with my Dear clients from USA, Gary and Paula Rowbury.
Next Previous 1 of 4