The Renaissance and the Age of Discovery at Facade of Bolshoi 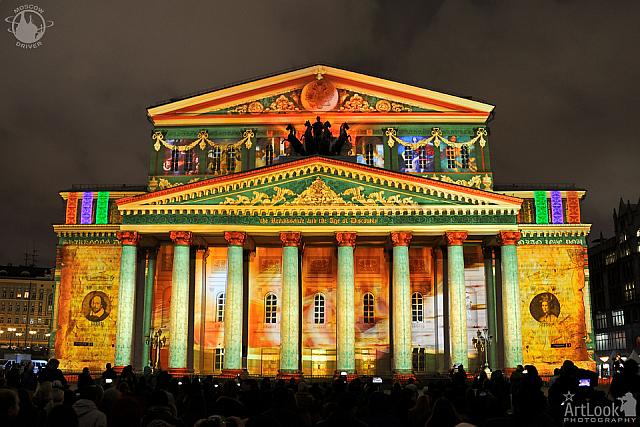 The large 3D projection “The Renaissance and the Age of Discovery” at the facade of Bolshoi Theatre from the exciting “The Times” video mapping by talented artist Gong Zhen from China. He took the 2nd prize in Art Vision Classic contest 2016 with his spectacular work. Lots of people who came to watch the fascinating show in front of the building greatly enjoyed it and warmly applauded at the end of this video mapping.

Red Banners and Flowers at Monument to Zhukov at Sunset

The monument to marshal of the Soviet Union Georgy Zhukov, the most notable commander in World War II due to the number and scale of victories, decorated for celebration of the 70th anniversary of Great Victory over Nazi Germany with tall red banners and the years of the Great Patriotic war 1941 – 1945.