In the Circle of Light 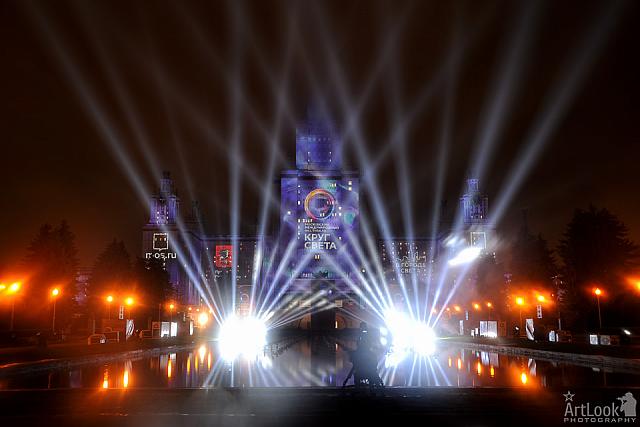 «In the Circle of Light»

Adjusting light beams on a pond in front of the main building of Moscow State University (MGU) during general rehearsal of Moscow International Festival "Circle of Light" 2016. The main stage of the popular light show this year located in front of the most prestigious campus in Russia at Sparrow Hills.

An extensive rain during the light show rehearsal caused the lights on the picture blurry because of a high humidity at the evening and wet camera lenses.

Left angle view of the marble bust of Leonid Brezhnev in the Fallen Monument Park “Muzeon” in Autumn season. The sculpture created in 1981 by Russian folk artist Anatoliy Bichukov. Leonid Ilyich Brezhnev (1906-1982) was a leader of USSR from 1964 till 1982, a participant of the Great Patriotic War (1941-1945), four times hero of Soviet Union (the highest distinction in the country).