Fan Shaped Fireworks on the Water of Krylatskoye Rowing Canal 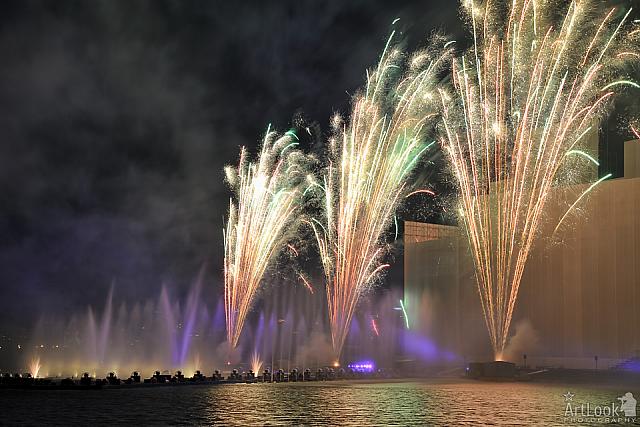 «Fan Shaped Fireworks on the Water of Krylatskoye Rowing Canal»

Angle view of the colorful fan shaped low fireworkson the water of Krylatskoye Rowing Canal (Grebnoy Kanal) during fascinating show of International Festival "Circle of Light" in Moscow. The unforgettable multimedia show amazingly combined the energy of fire, water, light and fireworks with accompaniment of music from the popular Russian songs.

View from a small park at Tarasa Shevchenko Embankment on the former hotel “Ukraina” (in present time hotel “Radisson Royal”) in heavy snowfall at the end of January 2019. It is one of the seven Stalin high-rises (Seven Sisters) built at the beginning of 1950s to commemorate 800 anniversary of Moscow city.