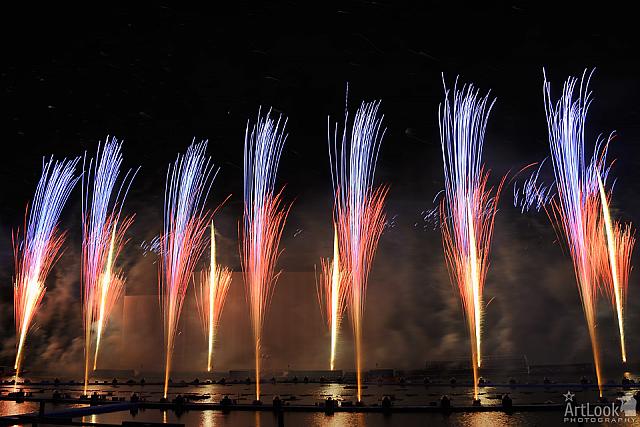 Huge colorful firework fountains on the water of Grebnoi Canal in Krylatskoye at the end of fascinating multimedia show of fire, light, laser and pyrotechnics at the closing the annual Circle of Light International Festival on October 27, 2016 in Moscow. The bright performances were accompaniment by popular Russian sons. The end of the amazing pyrotechnic and light show were accompanied by music of the popular Russian singer Oleg Gazmanov “Go Russia”. The firework fountains on the picture contain colors of the Russian national flag, white, blue and red. Photo #277 taken on September 27, 2016 ©2016 www.Moscow-Driver.com by Arthur Lookyanov