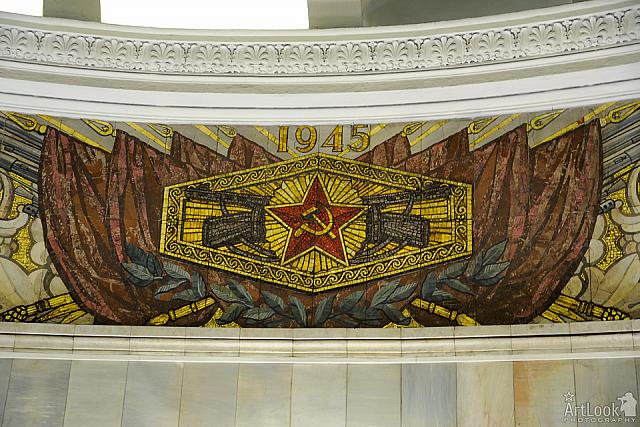 This marble frieze with 1945 victory banners and red star with hammer and sickle is part of the decoration of the interior of Smolenkaya metro station's ground-level section (escalator hall) on the Arbatsko-Pokrovskaya blue line. The station, opened in 1953, is dedicated to the theme of Russian military glory.

Photo #323 taken on April 26, 2015 during tour of Moscow Metro with my Dear client from Denmark, Rhiannon Hansen.

On the Way to the Peak of Ai-Petri Mountain

Crimean landscape with the view of a waving road in the South-West of the plateau leading to the highest point of Ai-Petri, the peak in the Crimean Mountains with the famous figured teeth. The teeth of Ai-Petri consist of four large (60-80 m high) and a number of small ridges on the crest formed during the weathering of heterogeneous reef limestones at 1200 meters above sea level.