Reflections of MGU in the Early Summer Morning. July 2014 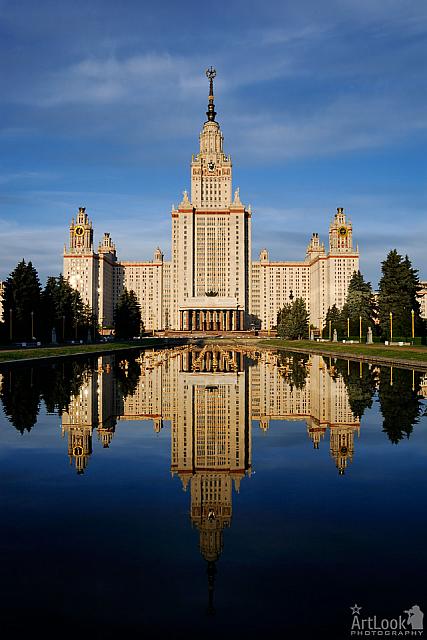 «Reflections of MGU in the Early Summer Morning. July 2014»
The main Building of Moscow State University was constructed on Vorobyovy Gory (Sparrow Hills, former Lenin’s Hills) in 1949-1953. It is one of seven famous Stalin high-rises founded in honor of 800 anniversary of Moscow city in 1947. The construction of this building was postponed on two years because of the original design was not approved by Stalin and architects had to improve it.
Next Previous 3 of 4

Houses and Stone Churches of Suzdal at Winter Twilight

Cityscape of Suzdal from the rampart of local kremlin with a view on the wooden houses and two small stone churches standing close to each other at the beginning of winter season at twilight, when street lights were turned on with the onset of darkness.