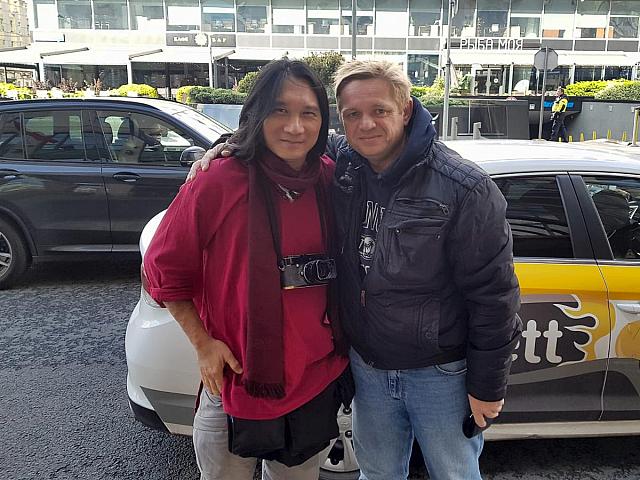 Memory photo with my Dear friend from Singapore (Australia), professional photographer and journalist Mathias Heng, at Sheraton Palace Hotel before driving my clients from Singapore to Domodedovo airport.

Tsaritsyno museum and reserve in Moscow was founded in 1984 in the park of the same name. The estate is known from the late 16th century, when it belonged to Tsarina Irina, sister of Tsar Boris Godunov. At that time it was called Bogorodskoye. In the 17th century it belonged to the Streshnevs and then to the Galitzines.