Founder of a Church - Monument to Saint Alexius 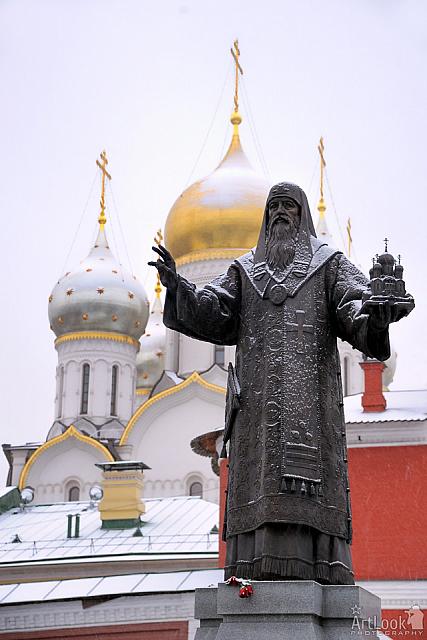 «Founder of a Church - Monument to Saint Alexius»
Monument to Saint Alexius (1304-1378), metropolitan of Moscow and all Russia from 1354 in front of the gates into Stauropegial Convent of the Conception at 2nd Zachatievsky Lane. Alexius founded in Moscow Andronikov and Chudov monasteries, and also first in Russia convent called Alekseyevsky (Zachatievsky). He fruitlessly tried to convince Sergius of Radonezh to become his successor. On background of the monument are beautiful silver and gold domes of Nativity of Our Lady Cathedral (built original on grounds of Zachatievsky convent in 1804-1807, destroyed in 1930s and restored in 2010).
Next Previous 53 of 88

The ensemble of Posad Churches in Serpukhov beyond the Nara River. The churches located near former market place at walls and towers of local kremlin that were dismantled in the historical center of Serpukov in Soviet times.