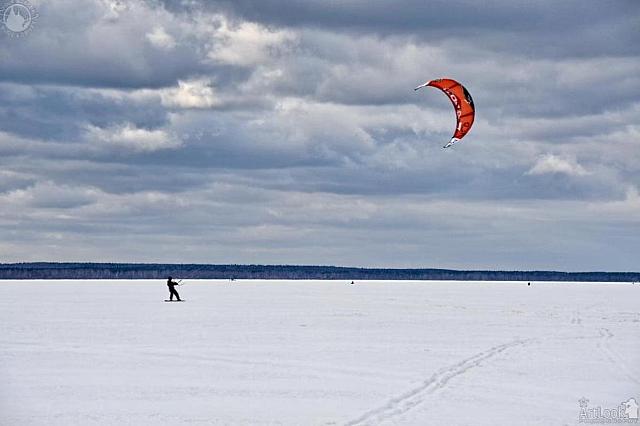 A snowboarder with a red kite rides on a frozen Pleshcheyevo Lake in Pereslavl-Zalessky under grey skies.

Photo #080 taken on February 17, 2019 during winter tour to the cities of Golden Ring of Russia with my repeat client and dear friend from Denmark, Adrian Durrani.

The memorial museum of cosmonautics was solemnly opened on April 10, 1981 in commemoration of the 20th anniversary of the first space flight performed by the inhabitant of the Earth –Yuri Gagarin. The museum is accommodated near metro station VDNKh in the stylobate of the monument “To Conquerors of Space” which is one of the most famous monuments in Moscow.