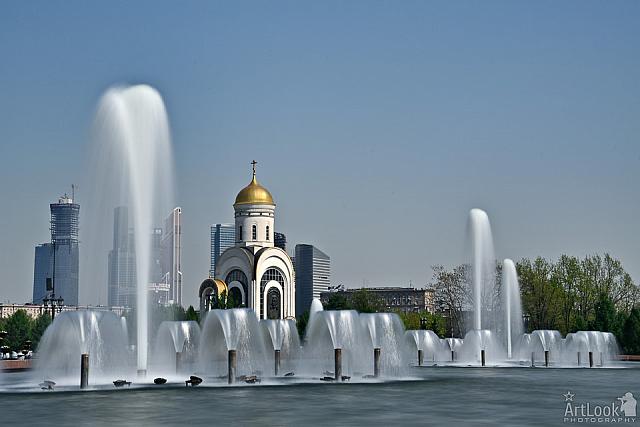 The line of fountains on Victory square in the memorial complex on Poklonnaya Hill. The picture was taken on the next day after the official ceremony of opening the fountain season in Moscow. According to tradition, at the end of April about 500 fountains across the city begin jetting water all at the same time. The memorial complex “Victory Park” on Poklonnaya Hills was built in 1995 to commemorate the 50th anniversary of the end of World War II. Behind the fountains you can see the elegant white church of St. George built in neo-Russian style.

Sculpture of Lenin and Coat of Arms of the USSR