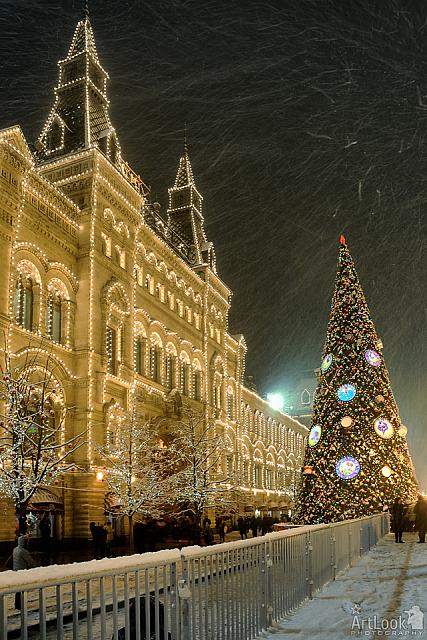 New year tree in front of the main entrance into the GUM building from the Red Square under heavy snowfall. Thousands of people who came to the historical site to visit the main square of the country with amazing Christmas market opened on it enjoyed very much the first snow in this winter season.

Moscow Kremlin at Twilight on the Day of Moscow City

Overlooking architectural ensemble of Moscow Kremlin from Bolshoi Kamenny Bridge on the day of the founding of Moscow city. At the beginning of September 2016, when Moscow city marked its 869th anniversary (1147-2016), the bulk of the improvement work on the Kremlin Embankment (Kremlyovskaya Naberzhnaya) (at the left on this picture) had been completed under the city project “My Street”.