Tweet
Photo Gallery Personal Tour Samples Discovering Suzdal and Vladimir with Esther and Ricky from Hong Kong at Dec 24-25, 2018
Next Previous 7 of 16 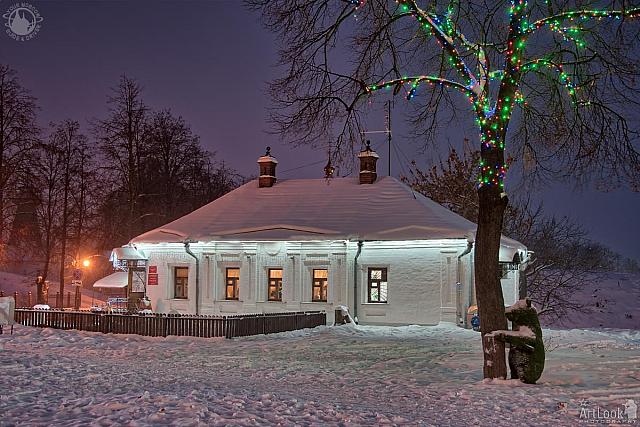 Covered snow old one-story building of Slavyanskiy Bar Restaurant at Kremlyovskaya street, the historical center of Suzdal, framed by an illuminated tree decorated with a small wooden carved bear and colorful Christmas light garlands in one evening at the end of December month, in one week before New Year’s Eve.

Photo #392 taken on December 24, 2018 in Suzdal during a two-day winter tour to the cities of Golden Ring of Russia with my dear clients from Hong Kong, Esther and Ricky.