In Background of Illuminated Suzdal Kremlin in Winter Evening

Tweet
Photo Gallery Personal Tour Samples Discovering Suzdal and Vladimir with Esther and Ricky from Hong Kong at Dec 24-25, 2018
Next Previous 10 of 16 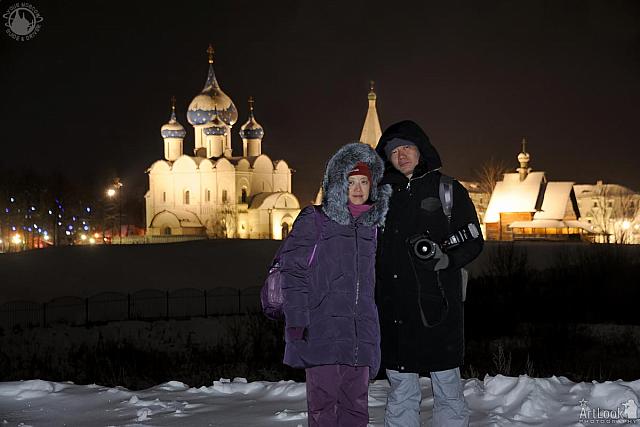 «In Background of Illuminated Suzdal Kremlin in Winter Evening»

Portrait of my Dear clients from Hong Kong, Esther and Ricky, on the top of Ivan's Hill at Kamenka river in the background of the illuminated architectural ensemble of Suzdal Kremlin, the stone Nativity Cathedral, and wooden St. Nicholas Church in a winter evening.

Photo #572 taken on December 24, 2018 at the end of sightseeing tours of Suzdal before going to a local restaurant nearby with such beautiful views.

Left angle view of the marble bust of Leonid Brezhnev in the Fallen Monument Park “Muzeon” in Autumn season. The bust was created in 1981 by Russian folk sculptor Anatoliy Bichukov. Leonid Ilyich Brezhnev (1906-1982) was a leader of USSR from 1964 till 1982, participant of the Great Patriotic War (1941-1945), four times hero of Soviet Union (the highest distinction in the country).